Cost is one factor that stops many a people from heading out on holiday. Usually, this happens when they can’t find a vehicle or even have a vehicle that’s suitable enough to bus around their family.

If you’re concerned about such a matter, perhaps you would fare better shopping for a less expensive 9 seater rental car? Or, at least, also find a cheaper holiday destination that everyone likes.

The Hiace is considered one of Toyota‘s largest panel vans, clearly intended as a cheaper alternative to the decidedly modern Mercedes-Benz Vito, Renault Traffic and Volkswagen Transporter. Although this van has been around for the past few decades, its age exactly doesn’t take away from its inherent usability. 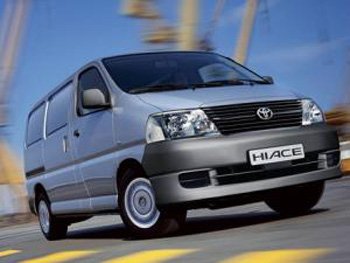 Let’s start with the cargo—after all, you’re working with a large van, here. The short-wheelbase and long-wheelbase models will hold at least a tonne in weight—as both respectively weigh well over 2800kg and 3000kg.

This van, over the years, has accumulated several different versions, either short-wheelbase or long-wheelbase. Some later models, to provide an example, have a tailgate in place of double rear doors.

If you’re planning to rent the Toyota Hiace 9 Seater, do know that you’re getting a sturdy, reliable and, frankly, classic van that’ll probably provide the space you need.

Note that there are some concessions you’ll have to make—to start, this van’s interior seating is notably slightly cramped, making holiday travel a bit of a nuisance. For brief drives between holiday locations, you probably can’t find anything that would do the job as well as this inexpensive vehicle can.